.
Overall Satisfactionc68
More level shd b gud 4 this.
It's amazing game addiction.
This is one of the best games on the market must get.
Much better than paper toss and any other similar games.
Great game and amazing graphics for a free game.
Honestly this is now my favorite game on my phone.
Fun & Engagingc75
It is a awesome game the animation is wonderful.
More level shd b gud 4 this.
Very addictive they should give more lives.
Awesome graphics and physics though.
Really fun game looks n plays well.
Fun to play and a great game to play while killing time.
This game is loads of fun.
Usefulnessc75
Replay Valuec73
More level shd b gud 4 this.
Very challenging once u get the hang of it.
Production Valuesc76
Awesome graphics and physics though.
Great game and amazing graphics for a free game.
Super game excellent 3D sound effects.
Ease of Usec83
Simple game that gets a grip of you.
A very simple game.
Very interesting yet simple concept.
Very fun and simple concept.
Reliabilityc65
works great on EVO 3D.
Freezes on Evo 3D all the time.
Reset button is in top right.
Thanks for fixing the bugs.
Ads not Intrusivec54
Updates & Supportc58
Batteryc53
runs well on galaxy s. found in 2 reviews
Super interesting game all the best ur team. found in 8 reviews
installed it and lost my high scores. found in 2 reviews
is a nice game to kill time in the afternoon. found in 13 reviews
A very nice game for time pass. found in 14 reviews
MY NAME IS 2-D AND I'M A RAPPER FROM SEATTLE. found in 2 reviews
Gud time passer @ work. found in 3 reviews
Fairly cool time waster. found in 20 reviews
Great little time killer. found in 16 reviews
awsome and proberly the best game ever especially for passing the time. found in 3 reviews
Just a simplistic game with great challenges and loaded with fun. found in 8 reviews
Gr8 game to burn time. found in 4 reviews
Much better than paper toss and any other similar games. found in 11 reviews
HD graphics and animations are beautiful. found in 2 reviews
a great time burner and I love the physics. found in 5 reviews
Its actually pretty fun and the graphics and physics are really good. found in 10 reviews
Great graphics but lags a little bit. found in 4 reviews
Great game but a horrible lag on 1st Gen Droid. found in 6 reviews
It's addictive but gets boring after awhile. found in 23 reviews
Needs work on the lag issue and some more levels. found in 2 reviews
Fix it for galaxy s with froyo. found in 2 reviews
Wish I could play multiplayer. found in 2 reviews
No way to turn off awful sound on my galaxy s runnig eclair. found in 2 reviews
Sweet graphics and amimation but kept crashing on my Samsung Fascinate :. found in 18 reviews
Cylinders don't fall at 90° and not roll. found in 4 reviews
I wish you didn't have to start over each time. found in 32 reviews
Smooth graphics but ball control is lacking even on new phones. found in 10 reviews
However the latest update now randomly crashes when. found in 2 reviews
but its too laggy and too hard to control the throw. found in 11 reviews
Great little game but ads switching interferes with game play. found in 2 reviews
good graphic but terrible lag n bad aiming. found in 6 reviews
but SD card support would be nice at this 15 MB size. found in 4 reviews
but the aiming and speed needs to be tweaked. found in 2 reviews
Says i dont have the latest firmware update. found in 10 reviews
Ok but got boring fast. found in 5 reviews
Doesn't work on galaxy s captivate. found in 10 reviews
Dosent work on my epic 4g. found in 16 reviews
but ball control is frustrating and ultimately ruins the game. found in 10 reviews
Doesn't work on my samsung galaxy s uninstalled right away. found in 40 reviews
Gets boring after about 5 minutes. found in 23 reviews
Terrible lag on desire froyo when trying to throw ball. found in 6 reviews
Cant play says I am using an outdated firmware. found in 8 reviews
Freezes on Evo 3D all the time. found in 18 reviews
Touch screen nor working on this game xperia arc s. found in 22 reviews
Too much lag and too difficult to make accurate throws. found in 12 reviews
Never worked on my Samsung Fascinate uninstalled. found in 18 reviews
Wont run on my BRAND NEW PHONE cuz the firmware is outdated. found in 6 reviews
You have to start over everytime. found in 32 reviews
If you don't knock them all down in one ball. found in 11 reviews
but hard to control. found in 11 reviews
There is no way to aim and its not that entertaining. found in 14 reviews
The Can Knockdown is now available as a free download on Google Play for Android owners. The application is designed for use in English language. It weighs in at only 10MB to download. The new Can Knockdown app version 1.32 has been updated on 2014-11-30. The Apple Store includes a very useful feature that will check if your device and iOS version are both compatible with the app. Most iPhone and iPad are compatible. Here is the app`s compatibility information: 2.0.1 and up
Bottom Line: For more information about Can Knockdown check developer Infinite Dreams`s website : http://www.idreams.pl

Can you knock the Can down? Yes you Can :)Yes we can Or should we say: yes we can... knock the can Check out the most addictive and 100% FREE game on Android Market and ... 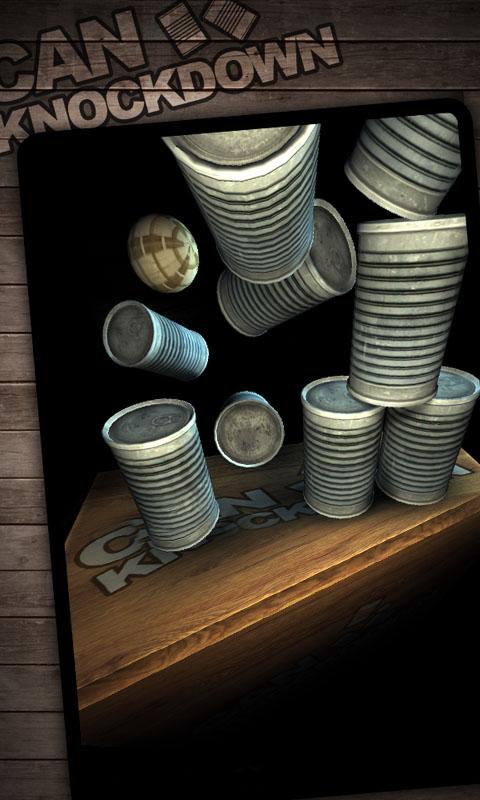 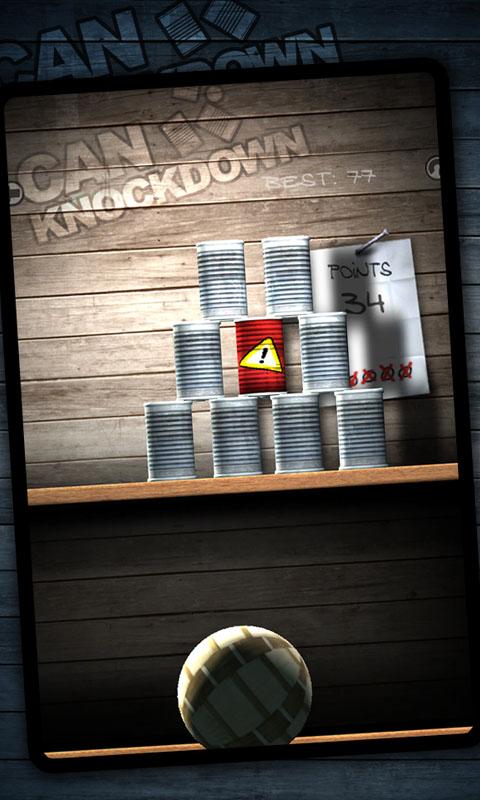 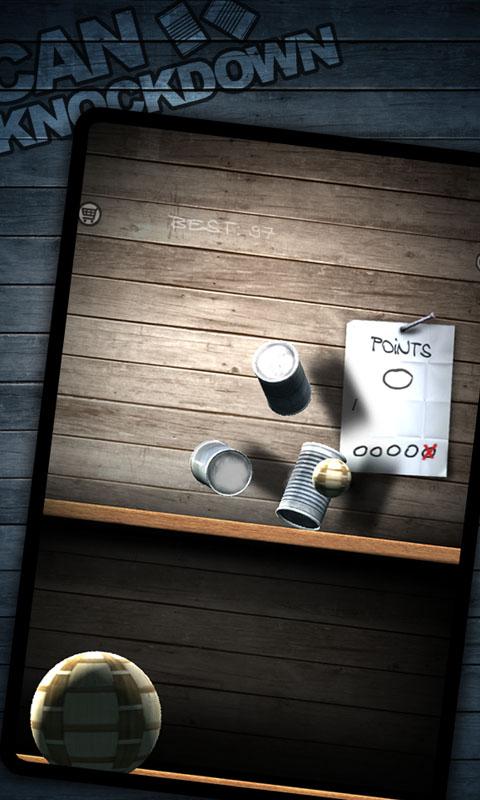 More in Casual -Can Knockdown