.
Overall Satisfactionc53
Camera picture quality seems to have deteriorated a little bit.
Thanks Google for this awesome thing /Using Nexus 5.
Image quality of panorama and camera sphere is bad actually.
Is even better than stock camera for android.
doesnt enhances d drawback of stock cam.
I would however like the option for SD Card support as well.
but its a minor setback to an otherwise amazing camera.
It was an amazing camera now nothing :.
As much as I love the new UI and Icon.
It has amazing features and the design is awesome.
Fun & Engagingc89
Makes my already awesome camera even more impressive.
An awesome camera app in a minimalistic approach.
Very slow awesome camera.
Usefulnessc24
Production Valuesc50
Whoa beautiful camera interface very easy to toogle through functions.
its very refreshing than typical Samsung camera interface.
New camera interface sucks.
Love the new interface hope they prove the pic quality soon.
love the new interface apart from the huge shutter button.
Ease of Usec33
simple camera app capable of capturing amazing photos.
Simple camera app with some nice feature.
Why can't Google make a simple camera app.
Simple fast and takes good pictures.
Simple fast effective free.
Reliabilityc23
I had to factory reset my phone.
Updates & Supportc19
Hopefully next android version will allow save to sd.
Batteryc15
Fun to use and has some cool new features as well. found in 7 reviews
I love photosphere and for a free camera it's pretty solid. found in 7 reviews
and post processing in Google plus is just mind blowing. found in 7 reviews
love the sphere function and background defocus. found in 7 reviews
IPhone 5s pics I took were not so sharp. found in 8 reviews
Amazing selective focus capabilities on front and rear cameras. found in 13 reviews
you can swipe left to see the photo you just took. found in 10 reviews
Hopefuly Google can implement manual focus for taking macro shots. found in 6 reviews
As much as I love the new UI and Icon. found in 13 reviews
but it needs the "save flipped" function for front camera support. found in 332 reviews
" Can't connect to camera " errors on a daily basis. found in 555 reviews
Some features I would like to see is the ability to save to SD card. found in 471 reviews
No save to SD Card or file name settings. found in 306 reviews
It isn't stable for light stabilization during video recording. found in 256 reviews
Fix that issue and add save to sd card option to the app. found in 295 reviews
but docking 2 stars since there's no option to save to external SD card. found in 148 reviews
the camera crashes sometimes because of Viber and Kik. found in 88 reviews
Please add HDR mode to non-Nexus devices. found in 287 reviews
Biggest complaint is that there is no option to save to SD card. found in 471 reviews
Lens Blur is poor for Moto G 1st gen mobile. found in 64 reviews
The option to save to sd card would be good. found in 289 reviews
Often camera error when am opening its says unfortunately error. found in 173 reviews
Sometimes shutter sound turns out to be annoying. found in 143 reviews
Features like white balance and timer seemed to have disappeared. found in 332 reviews
camera self timer is removed after update in nexus 5. found in 164 reviews
only one problem occasionally error cant connect to camera. found in 555 reviews
Sometimes after camera software update camera doesn't work. found in 123 reviews
Auto focus indicator has vanished after the update …. found in 413 reviews
The time lapse recording mode has been removed. found in 383 reviews
Limited options and cannot save to SDCard. found in 306 reviews
It says " can't connect to camera " whenever I try. found in 555 reviews
no slow motion video and the settings menu is not easily accessible. found in 328 reviews
Lacking white balance controls and self timer. found in 332 reviews
Use another camera app until google fixes this. found in 1888 reviews
Please add slow motion video capturing feature. found in 333 reviews
Camera app freezes every time you try to take a picture with flash. found in 760 reviews
Repeatedly getting cant connect to camera error and mm Qcamera daemon draining battery. found in 555 reviews
So frustrating when you want to take a picture and it just wont work. found in 760 reviews
Doesn't click pics when HDR mode is off. found in 287 reviews
I wish there was an option to save to SD card. found in 471 reviews
This app will not save to SD card only internal storage. found in 295 reviews
Removing time lapse was a big mistake uninstall update. found in 383 reviews
Apart from Lens Blur there is nothing great. found in 1047 reviews
Front camera doesn't work most of the times. found in 332 reviews
and everytime I need to restart my phone to get rid of it. found in 347 reviews
Not being able to save to SD card is a deal breaker. found in 471 reviews
If you are Android owner,you now can download Google Camera for free from Google Play. The application is supporting English language. It weighs in at only 10MB to download. The new Google Camera app version 2.1.037 has been updated on 2014-04-16. For ensuring consistency with the device you should take into account the following app compatibility information: Varies with device
More Info: Find more info about Google Camera in Google Inc.`s Official Website : http://www.android.com 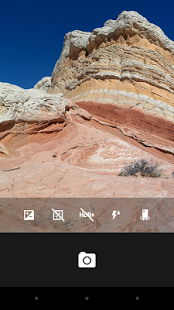 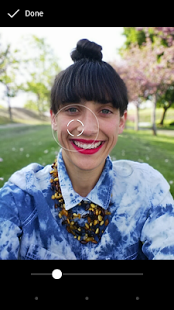