.
Overall Satisfactionc83
Works better than the stock version on my old galaxy nexus.
Worse than a stock camera app.
Batter than default camera more than common camera.
Picture quality very good one of the best camera so far.
pic quality.
I really loved this app.
Thanks developer.
Fun & Engagingc80
Awesome camera app.
awesome camera.
Lots of fun and good quality.
Awesome clear it.
Production Valuesc76
Ease of Usec64
Quick and simple to operate.
simple camera app for the note edge.
The BIG easy.
Smart easy -to-use fast.
Super easy and super good.
Reliabilityc52
I have to switch to another camera to record.
Ads not Intrusivec100
finally happy to take pictures with my phone. found in 1 reviews
Improves my camera performance. found in 2 reviews
Crystal clear pictures. found in 2 reviews
Lots of fun and good quality. found in 1 reviews
Super picture and clarity is very good. found in 1 reviews
Looks and works good. found in 1 reviews
camera for android will allow you to make excellent pictures xff0c. found in 45 reviews
Fast and impressive low light capturing. found in 4 reviews
nice and clean app. found in 1 reviews
Better than the current. found in 1 reviews
When you try to record a video the app crashes. found in 9 reviews
The problem is record video not working and silent mode. found in 4 reviews
in video mode unfortunately camera stopped error. found in 8 reviews
Keeps causing force closing when switched to video mode. found in 16 reviews
Kept force closing wheneve I attempted to record. found in 19 reviews
Whenever I try to take a video it crashes. found in 2 reviews
Nice app but unable to disable the shutter sound. found in 9 reviews
Wish it would open directly to camera though. found in 13 reviews
Nice app but please give an option to mute the shutter sound. found in 9 reviews
Already rated but still pushes notifications telling me to rate. found in 12 reviews
Nice picture quality but shuts down when I try to use the video :. found in 5 reviews
Video doesnt work well. found in 2 reviews
I'm having the same problem where the video camera crashes everything. found in 19 reviews
Would've gave 5 but no front camera. found in 10 reviews
But video mode always unfortunately stopped please fix. found in 2 reviews
But the video camera doesn't work it closes out the app every time. found in 7 reviews
In video recording camera stopped working. found in 8 reviews
Cannot connect to the camera on a Galaxy Tab 3. found in 7 reviews
I can't take photo. found in 7 reviews
app stops working and closes when video mode is selected. found in 16 reviews
Every time I try to record something the camera closes. found in 19 reviews
Cannot switch to video recording and error occurred. found in 12 reviews
Doesn't work - error " can't connect to camera " uninstalling. found in 13 reviews
The camera crashes every time a video is attempted. found in 6 reviews
But the video camera force closes immediately. found in 19 reviews
It crashes every time I try to record a video. found in 9 reviews
Can't turn off shutter sound of camera. found in 9 reviews
no option for front cam. found in 10 reviews
The Camera for Android is now available as a free download on Google Play for Android owners. The application is designed for use in English language. It weighs in at only 10MB to download. It is highly advisable to have the latest app version installed so that you don`t miss out on the fresh new features and improvements. The current app version 2.0 has been released on 2014-05-15. The Apple Store includes a very useful feature that will check if your device and iOS version are both compatible with the app. Most iPhone and iPad are compatible. Here is the app`s compatibility information: 4.0 and up
Bottom Line: For more information about Camera for Android check developer Android mobiler`s website : mailto:wuxm2014@gmail.com

Camera for Android will allow you to make excellent pictures that is a very fast and simple way to capture moments.You can easily to shoot excellent photos, utilizing all advantage of your phone or tablet.Features:- ... 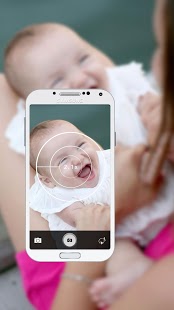 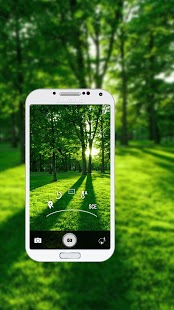 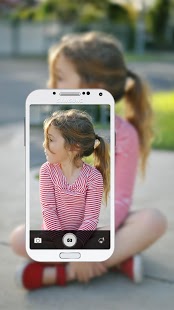 More in Photography -Camera for Android