If you are Android owner,you now can download Pure Diary (Paid) for €2.29 from Google Play. The application is supporting English language. It weighs in at only 10MB to download. The new Pure Diary (Paid) app version 12.1.0 has been updated on 2019-07-24. The Apple Store includes a very useful feature that will check if your device and iOS version are both compatible with the app. Most iPhone and iPad are compatible. Here is the app`s compatibility information: 4.4 and up
More Info: Find more info about Pure Diary (Paid) in Han Chang Lin`s Official Website : http://richtekcenter.blogspot.tw

Want to write a diary quickly? This app can meet your needs Calendar and diary are displayed together, you can easily write diary matters. Characters: (1) Calculated from today, show the number of days before or after. (2) Show WeekNumbers. (3) ... 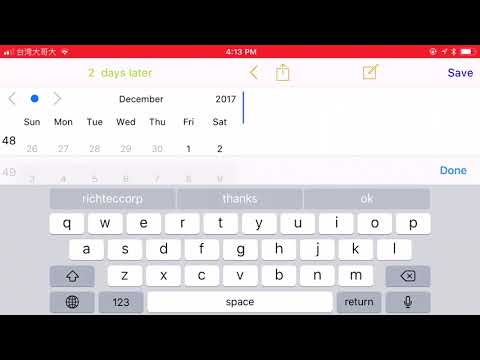