Phresheez uses your GPS to track you and your friends skiing and boarding. Find the run that your friends are currently on, and watch animated maps of your day. Charts show your steeps, speed, and ... 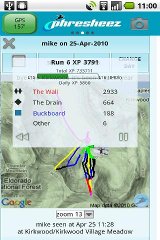 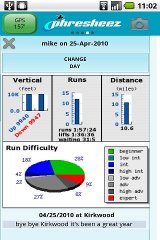