Contapps Ltd. , brings Contapps with a number of new features along with the usual bug fixes. Contapps apps has been update to version 3.21.9 with several major changes and improvements. Apps release that improves performance, provides several new options.
HIGHLIGHTS

.
Overall Satisfactionc78
Undoubtedly the best contacts app out there.
Best contact manager I've ever used on an Android phone.
Defeats the whole purpose of a contact manager.
Is there Google voice integration.
Do not use app for messaging if you use Google Voice.
makes more speed dial contacts.
It's a lot better than the default Contacts app.
which is way better than the standard contact manager that comes with Android.
Amazing support.
Amazing replacement for the default contacts app that looks great.
Fun & Engagingc69
Perfect friendly user awesome contacts I recommend this app.
Awesome contact management and great interface.
More customization options pls.
Awesome integration puts great functionality at your fingertips.
awesome integration with other services.
Usefulnessc63
I love the dailer and convenience of having everything in one place.
puts everything in one place making it so much easier to work with.
Repeat Valuec43
Social Aspectsc70
Undoubtedly the best integrated contacts manager with social media reference capabilities.
Painfully slow at loading social media feeds from my contacts.
Easily connects to many social networking sites directly from specific contacts.
Might be great if you use the social networking stuff.
Production Valuesc48
Ease of Usec78
Fast easy to use and sync with Facebook.
I love this app it's fast easy to use.
Reliabilityc59
I cant open the app without freezing my phone.
Updates & Supportc63
A big compliment to such responsive customer service.
5 stars Just because of immediate customer service.
- CUSTOMER SERVICE SUCKS.
Batteryc33
to battery usage.
Just needs better MMS support then it will be perfect. found in 14 reviews
Lags white viewing contacts and needs improvements in call logs interface. found in 232 reviews
Like it except: No google+ and widgets only speed dial. found in 32 reviews
would be great if had more info on incoming calls displayed. found in 40 reviews
That's not cool that u cant send pics to non-contacts. found in 18 reviews
I cannot add a new contact using this app. found in 83 reviews
Would be better if it showed facebook contacts as well. found in 124 reviews
but problem arises when intended to add new contacts. found in 83 reviews
App wont auto Retrieve Attachments in SMS/ MMS messages. found in 27 reviews
If group messages worked correctly it'd be a 5. found in 83 reviews
Can't send pictures or contact to people not in your address book. found in 14 reviews
it just needs google voice messaging extention or support. found in 33 reviews
Great app but recently had problems sending text messages. found in 107 reviews
Google Voice SMS doesn't appear to be supported. found in 31 reviews
please expand dual Sim support for mobiles other than Samsung. found in 262 reviews
Also can't send MMS to multiple people at the same time. found in 27 reviews
Doesnt support dual sim phones for placing calls or sending text. found in 271 reviews
Would like to see some Google voice integration then 5 stars. found in 31 reviews
Now all of a sudden Doesn't connect to Facebook. found in 67 reviews
no support for dual sim and improve the merge duplicate feature. found in 271 reviews
Apparently this doesn't work for group messages on T-Mobile. found in 83 reviews
UI is bad and free sms verification not complete. found in 76 reviews
Crashing while trying to send sms. found in 55 reviews
Keeps freezing when I try to connect facebook contacts. found in 124 reviews
Cant delete or merge duplicate contact copy. found in 69 reviews
Not able to read all SMS and contacts photo sync bogus. found in 170 reviews
I cannot list phone contacts alone and delete them. found in 111 reviews
This app forces you to make it as default SMS application. found in 116 reviews
Very nice UI but group text not working. found in 51 reviews
Was nice until it started intercepting my text messages. found in 107 reviews
This is also my reason uninstall Contacts plus few times ago. found in 54 reviews
I'm not able to add new contacts to my contacts library. found in 83 reviews
App does not provide dual sim support for messaging at least. found in 262 reviews
I dont have keypad and cant send free messages. found in 78 reviews
Randomly deleted a load of contacts from my Google contact database. found in 78 reviews
Was a great app but without Facebook sync it's now useless. found in 106 reviews
If you are Android owner,you now can download Contapps for from Google Play. The application is designed for use in English language. It weighs in at only 10MB to download. It is highly advisable to have the latest app version installed so that you don`t miss out on the fresh new features and improvements. The current app version 3.21.9 has been released on 2014-01-16. For ensuring consistency with the device you should take into account the following app compatibility information: full Internet access ,
More Info: Find more info about Contapps in Contapps Ltd. `s Official Website : http://www.contapps.com 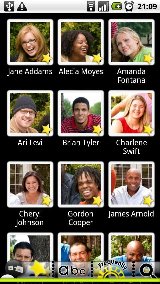 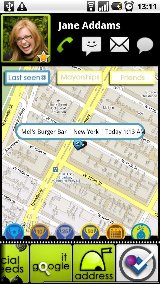